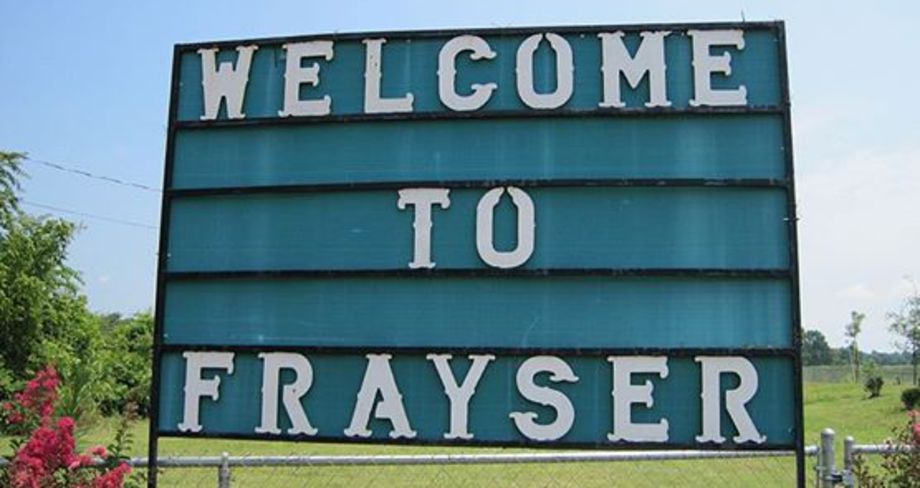 The History of Frayser

Frayser is the western tip of a peninsula created by the Loosahatchie and Wolf Rivers as they converge into the Mississippi River just north of Downtown Memphis. Mud Island is the peninsula's southwest tip.  Because it is situated between the 3rd and 4th of the Mississippi River's Chickasaw Bluffs, early settlers called it "The Point."

In 1818 the territory bounded by the Ohio River on the north, the Tennessee River on the east, and the Mississippi River on the west was purchased from the Indians.  Andrew Jackson represented US government at the transaction and the new territory became know as The Jackson Purchase and what is now Tennessee was part of North Carolina.

Much of the land now know as Frayser was given to a Mr. Hendron for his services in the North Carolina State Militia during the Revolutionary War.  In 1822, Anderson B. Carr, Dr. Frank Rice and J.C. McLemore purchased 5000 acres here.

One of the earliest settlers was a Mr. Cousins, who came from southern England just prior to the Civil War.  He established his home in the area and, using slave labor, had many beautiful terraces carved out of the face of the hill behind the old Harvester Plant.  Mr. Cousins opened one of the first country stores in the area on the Randolph Road off N. Second St.  He also operated a cotton gin on the place.

In 1858 Reverend Davidson, a circuit riding Methodist minister, began a four church circuit through North Shelby County.  He legally described his Frayser stop as “Under the giant Oak tree on Point Church Road,” which then was a path through farmland with thousands of Oak trees.  Accounts of early services indicate lots of singing, shouting and praying in an interdenominational congregation.  The old church cemetery located in the 3900 block of Overton Crossing has gravestones dated 1878. 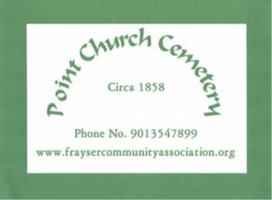 After several years of meetings outdoors, a small wood chapel was built.  Called The Point Chapel, it was located near what is now the southwest corner of the Southwest Tennessee Community College campus.

In 1869, tracks of the Paducah & Memphis Railroad were laid from Memphis to Covington as part of the Chesapeake, Ohio & Southwestern Railroad.  In 1873 a reporter described his trip to Covington by rail. He told of “wild looking, heavily tembered country” north of the Wolf River.  He added, “there were a few highly cultivated farms with tasteful improvements but, what was usually seen from the train were little clearings as in some wild western country....not a single well worked field of corn or cotton was seen on either side.”

The old C.O. & S tracks, which now go through a deep ravine cut by the I.C.R.R. once climbed a hill at “Gooseneck Bend” so steep that push engines were used to make the grade.

We are a non-profit organization and welcome any kind of support. If you would like to help out, please contact us for a list of our most needed items or volunteer opportunities.

Get Social with Us